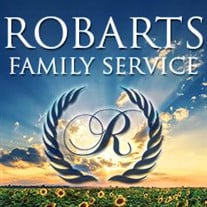 Alberto Martinez Gonzalez, 78, of Wauchula, died at AdventHealth in Sebring on Monday, April 29, 2019. He was born in Chalchi Huites, Zacatecas, Mexico on June 22, 1940. Alberto moved to Hardee County in 1972. He was a business owner and... View Obituary & Service Information

The family of Alberto Martinez Gonzalez created this Life Tributes page to make it easy to share your memories.

Send flowers to the Gonzalez family.