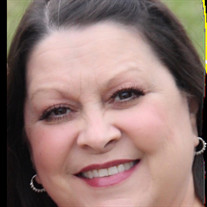 Asela Georgina Calves, affectionately know by many as Mrs. Chela or Momma Chela, joined her husband in the presence of their Lord and Savior on August 23, 2021. Chela was born in Matanazas, Cuba on March 23, 1956 to Daniel and Mercedes Rodriguez. In 1961, at the age of five, she came to the United States with her mom and five siblings, joining her father who was already in Miami waiting for their arrival. Through the years that followed, she served in her dad’s church in the choir and youth group where she would meet the Calves family who also came from Cuba. It was then that she met Barbaro Calves and would later marry him in 1974 and have three children. In 1991, the family moved to Hardee County where she became a proud member of the Hardee High Wildcats family. She began her career as an ESOL tutor and finished off her years as the front office receptionist. During her years at Hardee High she would be awarded as the SRP of the Year and be chosen as a “Whose Who Among America’s Teachers”. She retired just this May from the School System. It was her mission in life to love every person she met and came into contact with. She wanted every person to know that they were loved and cherished by her and her Savior Jesus Christ. One of her greatest attributes was her ability to make you feel like family because in her eyes you were her family, and she wanted you to know that. Chela was a loving and devoted wife for 46 years and the incredible mother to Daniel (Amy) Calves, Barbaro Calves Jr., and Aislynn (Reson) Holt. Her greatest title came when her first grandsons were born in 2006, “Kuku” and “Lita” to her grandsons Luk, Gregory, Logan, Brody, and Benjamin. She was the daughter of Mercedes Rodriguez, sister to Mercy (Stephen) Swander, Daniel (Susie) Rodriguez, Joel Rodriguez, and Margo (Russ) Bradley. She was also an aunt to many nieces and nephews. She was preceded in death by her husband Bobby Calves, her father Daniel Rodriguez, brother Fernando Rodriguez, and niece Mercilet Marrero. In Lieu of flowers, the family requests a donation made towards the Chela Calves Memorial Scholarship. Donations can be made to the Hardee County Education Foundation in memory of Asela “Chela” Calves and mailed to 1009 N. 6th Ave, Wauchula, FL. 33873.

Asela Georgina Calves, affectionately know by many as Mrs. Chela or Momma Chela, joined her husband in the presence of their Lord and Savior on August 23, 2021. Chela was born in Matanazas, Cuba on March 23, 1956 to Daniel and Mercedes Rodriguez.... View Obituary & Service Information

The family of Asela Georgina Calves created this Life Tributes page to make it easy to share your memories.

Asela Georgina Calves, affectionately know by many as Mrs. Chela...

Send flowers to the Calves family.