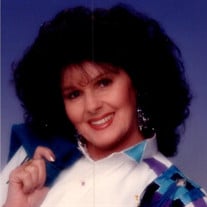 Carolyn June Hutto, 78, went to be with our savior, Jesus, on October 26, 2021. She passed peacefully at home with family by her side. She was born to the late Mack and Agnes McClellan on June 26, 1943, at home in Zolfo Springs, Fl. She graduated from Hardee High School in 1961 and married her soulmate and love of her life, the late Jerry Hutto on February 9, 1962. She was preceded in death by her parents, Mack and Agnes McClellan, her brother, Ray McClellan and her husband, Jerry Hutto. She is survived by her daughters, Candi (Mark) Larner and Joy (Robert) Robert’s; sister, Brenda (Larry) Pelton; grandchildren, Kara (Christopher) Lucas, Dylan (Sarah) Robert’s, Cade (Gabby) Robert’s and Jay (Mandy) Keen; great grandchildren, T.J., Landon and Parker Lucas, Gracelynn and Emery Robert’s, and Kelsey and Collin Keen. Carolyn moved with her family to Ft. Myers, Fl in 1969. While in Ft.Myers, she was a member of the Pop Warner Football Board, where her daughters cheered for the Tice Tigers. Her favorite places were Sanibel Island beach or on their boat. She was quite the fisherwoman! In 1978, she and her family returned to her roots in Hardee County. Carolyn held many positions during her life, including working at the bank, sheriff’s office, BOCC and in the Hardee County School System. Besides her husband, her greatest love was her children, grands and great-grands. She spent her days at ballgames, pageants, Fair animal events, birthday parties and anything else involving them. She was a huge supporter of our military and stood by her husband during his 39 years of service in the Florida National Guard. She was a breast cancer survivor of 37 years. Carolyn was a faithful follower of Jesus Christ, giving us the reassurance she is reunited with Jerry and we will see her again one day. Please join us in celebrating the life of this amazing wife, mother, grandmother and sister. Visitation: Friday, October 29, 2021 at Robarts Family Funeral Home from 6:00 - 8:00 p.m. Funeral: Saturday, October 30, 2021 at Friendship Church at 2:00 p.m. Graveside following.

Carolyn June Hutto, 78, went to be with our savior, Jesus, on October 26, 2021. She passed peacefully at home with family by her side. She was born to the late Mack and Agnes McClellan on June 26, 1943, at home in Zolfo Springs, Fl. She graduated... View Obituary & Service Information

The family of Carolyn June Hutto created this Life Tributes page to make it easy to share your memories.

Send flowers to the Hutto family.