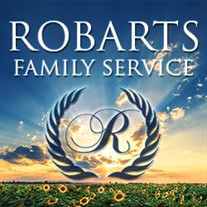 Dr. Elver M. Hodges, 107, passed away Wednesday, September 25, 2019 at his home in Wauchula. He was born August 2, 1912 on his family's Sunshine Bottom farm, ten miles from Lynch, Nebraska. He attended grades 1-8 at the school built on the corner of the Hodges' property. For high school, he boarded in town then graduated from the University of Nebraska with a Bachelor's degree in Agriculture. He and his wife, a fellow graduate and native Nebraskan, moved to New Jersey where he was attending Rutgers University. He received his PhD in Plant Physiology and Plant Breeding in 1941. Dr. Hodges, known to many as "Doc", was an Associate Professor at the University of Hawaii 1939-1941. He came as a faculty member of the University of Florida, Range Cattle Education and Research Center, Ona, in 1941, eventually living at the Station with his family. He served with USAID in Malawi-East Africa 1980-1982, and retired in 1982 as Professor Emeritus, University of Florida. Dr. Hodges' work was primarily in forage introduction and utilization, especially with legumes and grasses. He was part of the Range Cattle Station livestock and forage development program which provided the basis for the entire cattle breeding research which revolutionized the peninsular Florida beef production industry. Dr. Hodges was a member of the American Society of Agronomy, American Forage and Grassland Society (charter member), Florida Soil and Crop Science Society, Florida Cattlemen's Association, Florida Farm Bureau, Signa Xi, and Gamma Sigma Delta. Active in the Wauchula United Methodist Church since 1942, "Doc" and his late wife Ruth were among the first to recognize, promote, and encourage establishment of the Methodist Hardee County Spanish Mission in Zolfo Springs. This was the beginning of the day-care program, and many community services for the Spanish-speaking in Hardee County. His service has included teaching Sunday school and working with the United Methodist Men and youth in his local church. He has been a strong supporter of the Florida Methodist Children's Home and served in a variety of leadership positions in the church through the years. He and his wife were members of the Florida Silver-Haired Legislature beginning in 1983, working with others on concerns of the elderly. In later years they served on the board of Central Florida Health Care and both were active members of The Wednesday Musicale of Wauchula. In 1965 Dr. Hodges was honored to be appointed to serve on the first board for what became South Florida State College in Avon Park. In 2000 he was presented An Achievement Award by the University of Nebraska's College of Agricultural Science and Natural Resources. In 2015 he was inducted in Tampa into the Florida Agriculture Hall of Fame for his many agricultural accomplishments. In addition to his parents, Myron and Cleta Hodges, he was predeceased by his wife of 70 years, Ruth Carsten Hodges in 2008, grandson Jonathan Lipp in 2011, one great- grandson Clay McCarty in 2015, and sons-in-law George L. Blanco and William O. Lipp. Survivors are three daughters, Margaret H. Blanco, Kathleen Hodges and Lucinda Maie Lipp; three grandchildren, Andrew H. Blanco (Sharyl), Kenneth Lipp and Jessica Lipp McCarty (Patrick); and five great-grandchildren, Faith Skinner (Cody), Bella Ian Hughes, Eli and Amelie Blanco, and Joshua McCarty. He is also survived by "great-grandchildren" Andrea Alvord Wood and Nicola Alvord Robinson, Emily, Chrystal and Nolan Webb, and Eli and Melania Brannockone. One great great grandchild Clara Skinner. Also surviving is longtime caregiver, Debbie Dickinson Boyd Kuhn (Gary). In lieu of flowers the family requests memorial of your choice: Hardee 4-H Foundation, Inc., 507 Civic Center Drive, Wauchula, FL 33873; First United Methodist Church, 207 N. 7th Ave., Wauchula, FL 33873; and/or Elver M. Hodges Forage Production and Management Endowment (to support teaching, research and Extension efforts) in his memory and checks made payable to the "University oof Florida Foundation" and mailed to the UF/IFAS Range Cattle REC, 3401 Experiment Station, Ona, FL 33865. A Celebration of Life will be held on Saturday, October 12, 2019 at Wauchula's First United Methodist Church at 11:00 A.M. preceded by visitation at 10:00 A.M. Pastor Danielle Upton is officiating.

Dr. Elver M. Hodges, 107, passed away Wednesday, September 25, 2019 at his home in Wauchula. He was born August 2, 1912 on his family's Sunshine Bottom farm, ten miles from Lynch, Nebraska. He attended grades 1-8 at the school built on the... View Obituary & Service Information

The family of Dr. Elver M. Hodges created this Life Tributes page to make it easy to share your memories.

Send flowers to the Hodges family.