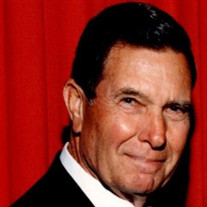 Lawrence Coleman 91, went to be with our Lord Monday, January 10, 2022, at his home in Vero Beach, Florida surrounded by family. Lawrence was born March 29, 1930, in Plant City, Florida to Barney and Laura Delle Coleman. Lawrence was a farmer... View Obituary & Service Information

The family of Lawrence Coleman created this Life Tributes page to make it easy to share your memories.

Lawrence Coleman 91, went to be with our Lord Monday, January...