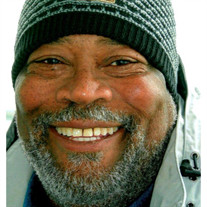 Montá Phrillo Clemons, Age 65, Passed away peacefully on July 2, 2021, at Tidewell Hospice in Arcadia, Florida. He was born at the old Arcadia General Hospital on July 10, 1955. Montá Was the second son born to the union of Ned Clemons Jr. And Geraldine Pope McQuay. Montá attended Desoto County High School Between 1969 and 1973. While in Highschool he was a Multi-year Letterman in both football and track. He graduated with the class of 73 on June 1, 1973. Following high school, Montá attended St Leo College (University) in St. Leo, Florida. While at St. Leo, he was a member of KAPPA THATA Fraternity a four-year starter at linebacker for the Monarchs (lions). His career highlights accented three notable firsts for the St. Leo football program during his freshman season he played in St Leo's first gridiron victory. In that same contest, Montá recorded the Monarch's first defensive score when he recovered a blocked punt in the end zone for a touchdown. His senior squad posted a 4-3 record, the first winning season for the school. Montá graduated in 1977 with a bachelor’s degree in Psychology. Following graduation, Montá returned to Arcadia and began working at G. Pierce Wood Memorial Hospital. In 1981 he enlisted in the United States Army. During his service with the 504th Parachute Infantry Regiment of the 82nd Airborne Division, he was deployed overseas twice. First to Grenada during Operation Urgent Fury, and later to Egypt in Operation Bright Star. Montá was honorably discharged from the Army in 1986. Following his discharge from the army, Montá returned to Arcadia and worked for a brief period at G. Pierce Wood Hospital. The remainder of his working career was spent as an employee and contractor for the Florida Department of Juvenile Justice (DJJ) He served as an administrator at the Okeechobee and Pahokee Youth Development Centers, as well as superintendent of the Southwest Florida Youth Detention Center in Ft Myers. While working as a DJJ contractor in Miami, Montá met the love of his life, Catherine Brewer. They were married on November 29, 1997, and renewed their vows on November 29, 2010 Montá was preceded in death by his parents, Stepfather Willie McQuay, and sister Carol McQuay. He is survived by his wife Cathy Clemons of Arcadia, Fl., sister Janice McQuay of Melbourne, Fl., brothers Ned Clemons III of Marietta, Georgia, Luther Clemons of Ft. Myers, Florida, Harold Clemons of Port Charlotte, Florida, Amos McQuay of Dallas, Texas, and Carl McQuay of Arcadia, Florida. Funeral Services will be held on Saturday, July 10, 2021, at 11:00 at the Robarts Funeral Home Chapel in Wauchula, Fl. Interment will take place at the Sarasota National Cemetery at a later date. In lieu of flowers please make a donation to either 82nd Airborne Association Inc. (910)223-1182 82ndairborneassociation.org/donate.html or Tidewell Hospice of Arcadia.

Montá Phrillo Clemons, Age 65, Passed away peacefully on July 2, 2021, at Tidewell Hospice in Arcadia, Florida. He was born at the old Arcadia General Hospital on July 10, 1955. Montá Was the second son born to the union of Ned Clemons Jr.... View Obituary & Service Information

The family of Monta' Phrillo Clemons created this Life Tributes page to make it easy to share your memories.

Send flowers to the Clemons family.