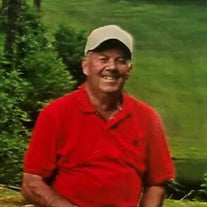 Reuel (Butch) Spearman Reuel Allen “Butch” Spearman, 73, of Wauchula, Florida passed away peacefully while surrounded by his family at home, on Wednesday, April 17, 2019. Butch was born at the Wauchula Hospital on March 28, 1946. The Allen in his name was from the Dr. that delivered him, Dr. Allen A. Poucher. He grew up on South 7th Avenue in Wauchula right across the street from Spearman Brother’s Garage which was owned and operated by his dad (Reuel) and uncle (Tom Spearman). He attended Southside Baptist Church and where his dad was a Deacon and mother was also actively involved. It was there he became a Christian. He graduated from Hardee High School in 1964 where he was a member of the FFA and Played basketball. After graduation, he joined the United States Air Force and served his country for 4 years. He was stationed in Thailand as a military jet engine mechanic during the Vietnam conflict, His dad had been deceased since he was 14 and his mom was deceased during his military service, After returning from overseas and while stationed at MacDill Airforce Base in Tampa, he lived with his older sister’s family, Doris and Bobby lambert in Wauchula until he was honorably discharged from the military and became employed. He went to work at Polk Auto Parts company in Wauchula. The NAPA dealership was owned and operated by Jimmy and Margie Harrison where he worked as a parts salesman. He married the love of his life, Betty Chancy on December 10, 1971, and soon after moved to Inverness to manage a Badcock furniture store for his brother in law and sister, Tommy and Mary Helen Bond. One of the brightest times in his life occurred during this era upon the birth of his daughter, Jennifer in January of 1974. As the auto parts business grew, he returned to Hardee County to manage the Bowling Green NAPA branch location for the Harrison’s Eager to become self-employed, he acquired a Mac Tool franchise and began selling tools to mechanics and garages all over the area. Eventually Elvis Presley. He was a member of New Hope Baptist Church where he really enjoyed his Sunday School class. He was preceded in death by his parents, Reuel and Shelly Spearman. He was survived by his wife, Betty, one daughter, Jennifer (Edwin Delgado), three grandchildren, Cody and Connor Cook and Gigi Delgado, on great granddaughter, Raylee Lace Cook, two sisters, Doris Lambert and Mary Helen Bond and numerous nieces, nephews, cousins and in-laws. A Memorial Service will be held at New Hope Baptist Church Monday April 22, 2019 at 4:00 PM Reverend Jim Davis will officiate Services. Military Honors by American Legion Post #2

Reuel (Butch) Spearman Reuel Allen &#8220;Butch&#8221; Spearman, 73, of Wauchula, Florida passed away peacefully while surrounded by his family at home, on Wednesday, April 17, 2019. Butch was born at the Wauchula Hospital on March 28, 1946.... View Obituary & Service Information

The family of Reuel Butch Spearman created this Life Tributes page to make it easy to share your memories.

Send flowers to the Spearman family.